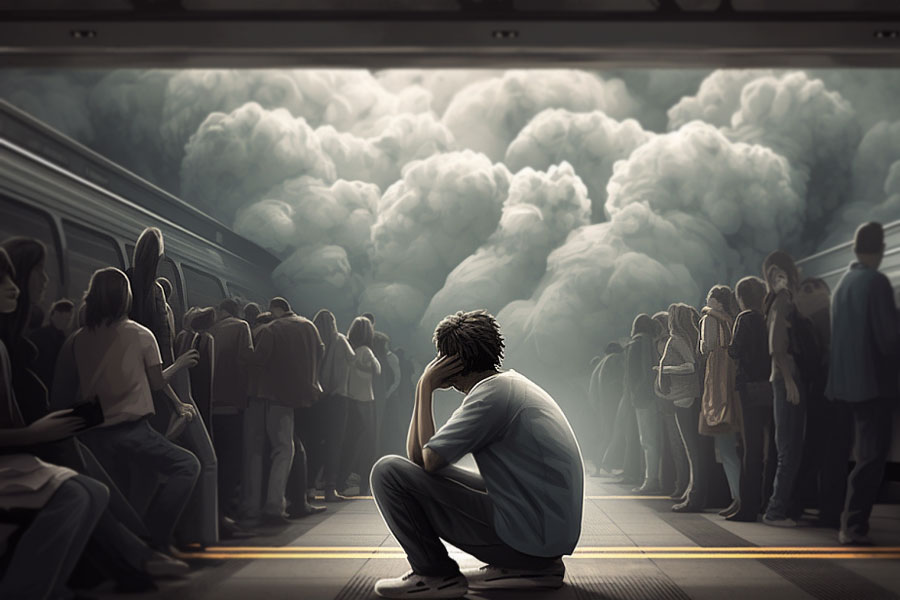 Officially, the incidence of panic attacks in the United States is about 4.7%. This figure can be related to adult population only. A panic attack can be characterized as an episode of intense, usually unexplainable, fear. Aside from the psychological manifestations, panic attacks have a variety of physical symptoms.

A person living through a panic attack experiences a plethora of psychological and physical sensations, including losing control over their actions, chest pain or pressure, which is often taken as a heart attack, as well as the feeling as if they are dying.

The peculiarity of panic attacks is that they can appear as a single-time experience. In some people, however, they can get frequent, which may be a sign of developing panic disorder.

Single Episode or Chronic? How to Know?

As for panic disorder, its characteristic feature is recurrent unexpected panic attacks, which appear for no obvious reason. Besides, people who develop panic disorder live in endless fear of getting a new episode of a panic attack.

Although panic disorders and panic attacks, in particular, are not life-threatening, they can significantly influencea person’s life. Many people with panic disorder cannot live a regular social life due to fear. In some cases, this literally closes them at home.

The typical duration of a panic attack ranges from 5 to 20 minutes. In some people, episodes can last longer (up to an hour). The frequency and duration of an episode strongly rely on the severity of your condition. It’s also worth mentioning that a lot of the listed symptoms can appear outside of a panic attack and can be related to other health conditions. A panic attack is diagnosed when there is a complex of mental and physical manifestations characteristic of this condition.

The signs and symptoms of panic disorderare similar to those listed above, with the only difference of the presence of anxiety.

Why Do You Have Panic Attacks?

The precise cause of anxiety and panic, which can cause panic attacks are unknown. However, the scientists managed to specify some factors adding to your chances of developing anxiety disorders, panic attacks being one of them.
One of their openings is that women are more prone to panic attacks than men. Based on the data provided by NIMH, out of the entire adult population, 3.8% of people with panic disorder are women, while 1.6% are men. This means your gender may be considered a risk factor.
Also, the prevalence of panic and anxiety is the highest in those who belong to the 30 – 44 year-age group. The figures gradually fall as people get older and reach 0.8% when they cross 60 years of age. So, we can definitely say that age is also a factor of risk.

As for the others, they include:

Treatment for panic attacks is as vital as for other medical conditions. If left without professional medical help, there is a high chance that you’ll develop some complications of panic disorder. They include but are not limited to:

The therapy for panic attacks may involve:

Some common recommendations for medicinal treatment include the intake of selective serotonin reuptake inhibitors, tricyclic antidepressants, and anti-epilepsy medications. The benefit-risk ratio of each treatment option should be discussed with your doctor individually. Panic disorders require a personalized approach as they vary in causes, manifestations, and severity. The only thing that can be applied to everyone dealing with anxiety and panic is that treatment is obligatory in such cases. Otherwise, you risk losing your friends, family, job, and the beautiful life you’ve had before getting panic attacks.